It opens like a police film, with a police car driving across the Mongolian steppe against the setting sun. Suddenly, the policemen see a terrible sight in the arc of their headlights: the naked body of a woman. More officers arrive to investigate the crime scene. When they leave, an 18-year-old rookie is left behind to guard the corpse. He is not entirely alone, but is joined by a herdswoman who is a skilled shot with her rifle, which could come in handy given the many hungry wolves roaming about. As the cold night falls, she smokes a cigarette and shares her lamb soup with him. Inebriated, they eventually end up in each other's arms. And then?

In many near-fleeting dialogues, Chinese director Wang Quan'an tells a story of love, old traditions and modern life, with a key role for the majestic, sweeping Mongolian landscape. Nominated for the Golden Bear at the Berlinale, 2019. 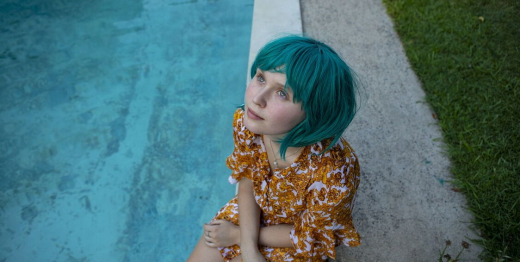