Japanese director Kore-eda Hirokazu has an impressive series of films to his credit in which he takes a nuanced look at what makes people tick. He always does so with warmth and understanding for his characters, who are often part of more or less disfunctional families. Think of his critically acclaimed Shoplifters, about a 'family' making a living from petty theft. Even in his new film Broker, the first he made in South Korea, he portrays his shifty characters with great empathy.

Sang-hyeon volunteers for a church where his friend Dong-soo works. Near the church building is a drop box, where women can leave their unwanted babies. The two make a good living by occasionally stealing a baby from the box to sell for adoption, illegally of course. One day, they have to deal with a regretful mother: young So-young, who wants her abandoned child back. The police are also on the trail of the two.

On Sunday the 15th of January, at 7:00PM, we will watch Broker with English subtitles, after which we'll get together for talks & drinks. Click here for tickets for this particular screening. Freelance filmmaker Daan Vree will be present during this meet-up for an introduction. Vree was born in South-Korea and raised in The Netherlands, and has produced 12 short movies with Asian diaspora stories (2013-2017) as CinemAsia FilmLAB-producer. 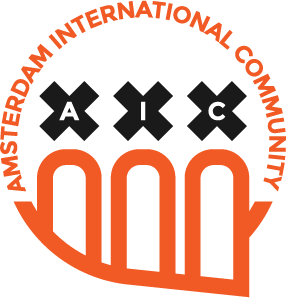 This Expat Cinema: Meet up is organized in collaboration with AIC (Amsterdam International Community).