The Wind Will Carry Us

Behzad from Tehran and his three associates arrive in the remote village of Siah Dareh in Iranian Kurdistan. The locals have no idea why they have come, but suspect they are looking for something in the local cemetery. Actually, they are there to see 100-year-old Mrs Malek. Behzad believes she may die quite soon and wishes to record the special local funeral rituals when the time comes. But the old woman just lives on. Waiting, Behzad gradually learns to appreciate the peaceful way of life in the village, if only as a result of the stories Farzad, Mrs Malek's great-grandson, shares with him.

At first glance, Kiarostami tells a simple story about the urban-rural clash, about modern life only fitting with difficulty in a world built on tradition. But he lends the story more layers through the things he shows, and even more those he omits. The film received three awards at the 1999 Venice Film Festival.

Wheel of Fortune and Fantasy
13:15 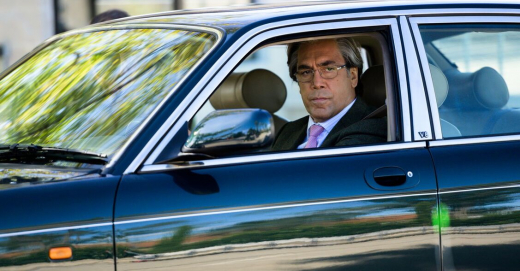