Rialto will organise this screening together with VU Pride: the network for lesbian, gay, bisexual, transgender, queer, intersex & asexual (LGBQTIA+) students and employees of Vrije Universiteit Amsterdam. VU Pride is dedicated to making VU Amsterdam more inclusive and equitable for LGBTQIA+ students and employees. VU Pride strives for more knowledge and visibility of LGBTQIA+ topics, works for inclusive facilities and inclusive teaching and facilitates community building of the LGBTQIA+ community at VU Amsterdam.

The Adventures of Priscilla, Queen of the Desert

Films featuring and representing the LGBTQ community usually arouse little interest with the general film-going public. Lauded by critics and viewers alike, this Australian comedy is a big exception to that rule, as evidenced by the large number of viewers and by the many awards it has received, including an Oscar for Best Costume Design. In 2006, a musical version of Priscilla was released, underlining its cult status once again.

Sydney-based Mitzi Del Bra (Hugo Weaving), Anthony Belrose's drag pseudonym, is invited to perform his drag show at the Lasseters Hotel Casino Resort in remote Alice Springs. He is joined by his drag queen colleagues Bernadette Bassenger (Terence Stamp) and Felicia Jollygoodfellow (Guy Pierce). They set out for the long and arduous journey across the desert in a pink tour bus that they have named Priscilla, Queen of the Desert. 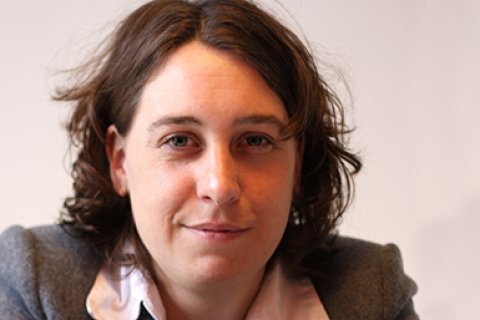 Mariecke van den Berg teaches interreligious studies at the VU Amsterdam and holds an endowed chair on Feminism and Christianity at the Radboud University. Much of her research has focused on the intersections between gender/sexuality and religion. She, for instance, once wrote a paper on Conchita Wurst, linking her to gender ambiguous characters in the Bible. In an interview van den Berg stated that: ‘she wants to show women, and LGBTQIA+ people that their perspective matters, also in really old sources like the Bible.’ Before the screening she will give a talk on drag and how it is represented in The Adventures of Priscilla, Queen of the Desert.